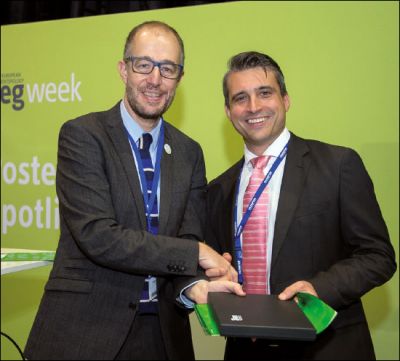 PATIENTS AND METHODS: Retrospective analysis of 27 consecutive patients with colonic polyps treated with FTRD during the period of May 2015 through September 2016.

RESULTS: 16 FTRD procedures were performed in the colon, 11 in the rectum. Indications were adenoma recurrence or residual adenoma with non-lifting sign after previous polypectomy (n=13), staging resection following presumed incomplete polypectomy of early carcinoma (n=6), treatment-naive adenoma with non-lifting sign (n=6) and adenomas located at the appendiceal orifice respective within a diverticula (n=2). In one case (polyp at appendiceal orifice) the lesion could not be reached once the FTRD system was mounted, due to diverticulotic narrowing of the sigmoid. In another two cases the lesions could not be resected, once due to the too big size of the lesion and once due to malfunction of the integrated snare. In the 24 remaining cases amenable to FTR, resection was en bloc and histologically complete (R0) in 91.7% (22/24) of patients. Complete FTR was achieved in 83.3% (20/24), i.e. 92.9% (13/14) in the colon and 70.0% (7/10) in the rectum. The mean diameter of resection specimens was 2.5 cm (range 1.8-3.2 cm). Two technical failures occurred (malfunction of the integrated snare). Three post-procedure minor bleedings (one requiring re-colonoscopy and adrenalin injection) and one delayed anastomotic insufficiency (requiring surgery) were seen. Otherwise there were no complications during a one-month-follow-up.

CONCLUSIONS: According to these preliminary data, the novel technique of colonoscopic full thickness resection by FTRD appears to be feasible, efficacious and sufficiently safe in the treatment of non-lifting polyps of ≤ 30 mm in diameter. FTR is an adjunct to the armamentarium of established colonoscopic polypectomy techniques, as it offers minimally invasive treatment to a group of patients that would otherwise undergo surgery. Limitations include a lower rate of complete FTR in the rectum as compared to the colon. This has to be taken into account when dealing with dysplastic polyps or early carcinoma, where the purpose of FTR includes assessment of depth of invasion. Further prospective studies will have to corroborate this promising concept.